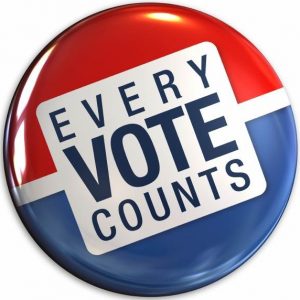 Or does it? Let’s start with a quick history lesson from not too long ago. On Tuesday, November 7th in the year 2000, the US of A once again participated in it’s every four year ritual of “fairly” electing (or reelecting) a president. The official count tallied 48.4% of the popular (actual) votes going to the Democratic nominee with the Republican nominee somewhat close behind with 47.9% of the vote. With over 105 million total votes, the difference between the two major party’s candidates was half a percent.

Other than the Green Party’s candidate, who garnered 2.7% of the vote, the long list of also rans from the Reform, Libertarian and other parties failed to achieve even half of one percent. But more importantly, due to the “winner takes all” rules which governs most states, no one outside of the top two received any electoral college votes.

If you’re following along, you may recall despite Democrat Al Gore’s popular vote victory by more than half a million (540,520), the Electoral College ultimately gave Republican George W. Bush a 271-266 electoral vote victory.

This was only the fourth time in American history and the first time since 1888, when Benjamin Harrison beat Grover Cleveland, that the Electoral College count did not agree with the popular vote count. For the record, this was a year before the first pay phone was invented and a decade and a half before Henry Ford started building Model A’s.

Time for a rant? I can partially understand the reasoning for the Electoral College during a time when people basically walked everywhere they went around town, or used horses and buggies if they were affluent enough to own them. But damn, we’ve since then fought two world wars, been to the moon, invented the internet, i-phones, etc., etc. I think it may be past the time we put this archaic Electoral College poppycock to rest. When was the last time you used or even saw a pay phone?

Until that happens however, how much do you know about the Electoral College, winner takes all rules, etc? Spoiler Alert! If you’ve never actually looked into how the electoral college works, let me just say it’s an outdated methodology that has worked – most of the time. By the numbers, it’s worked 53 out of 57 times, which is 93%. By the way, at one school I attended, 93% was a “B”.

Now, back to the initial question regarding whether or not every vote counts. According to one source (fairvote.org), nearly 80% of the votes cast did not factor into the winner in 2000. What we should learn from this is — Every vote doesn’t necessarily count, and some count more than others. If you live in a so called “swing state”, your vote actually does count quite a bit. So make darn sure you go and vote early and vote often. 🙂

According to politico.com, these are the 11 Swing aka Battleground States (ordered by the number of their electoral votes for the 2016 election). Click on the states below for their recent voting history according to a very interesting and interactive source – 270towin.com …

On a not totally unrelated note, another interesting factoid is of the last 10 presidential elections (1976-2012), 5 went Democratic and 5 went Republican.

-Sen. Jeff Flake (R-AZ) announces he will retire rather than help DJT

@thehill #AlertTheDaycareStaff he’s off his rocker!